For promo companies, the temporary reduction in workers due to the highly transmissible variant is fueling operational challenges.

Omicron has caused the number of employees calling out of work to soar in the promotional products industry in January, placing heavy pressure on suppliers, decorators and some distributors as they try to keep up with demand with less hands available.

Certain firms report that they’re experiencing, by far, the highest number of COVID-related employee absences of the entire pandemic as the highly transmissible variant of the virus sweeps through communities across the United States. 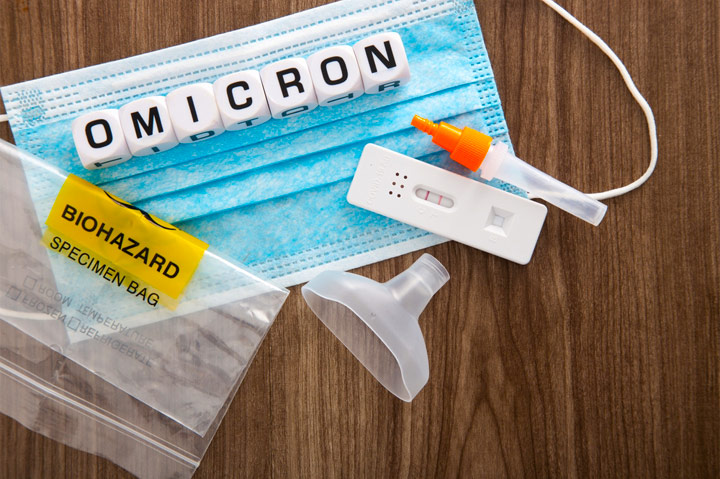 “We have more employees testing positive or being exposed to positive cases than at any other time during the past two years,” shares Jo Gilley, a member of Counselor’s Power 50 list of promo’s most influential people and CEO of Waukegan, IL-based Top 40 distributor Overture Promotions (asi/288473), whose operations include an in-house decoration/production team that works in-person.

Since the start of January 2022, about 4% of Top 40 supplier Hit Promotional Product’s (asi/61125) employees have been impacted by the virus. “That translates to 96 employees across our entire operation,” says Matt Hare, vice president of environmental, health and safety at the Largo, FL-headquartered company.

Starline (asi/89320), a hard goods supplier based in the Western New York town of Grand Island, was able to get through the first few waves of COVID with relatively little impact to its workforce, which has a 95% vaccination rate among in-person staff. Nonetheless, omicron has proved a bigger challenge.

Similarly, Rockland Embroidery (asi/83089), a large contract apparel decorator based in Topton, PA, is experiencing a surge in employees being out due to COVID and/or its related complications.

“We have the direct effect of employees being exposed or positive, which obviously involves recovery and quarantine,” explains Rockland’s General Manager Andy Shuman. “We also have the indirect effect from schools and day cares, many of which are following different and often more stringent guidelines than are being recommended on a larger societal scale. When parents do not have childcare options, or when students are quarantined from school, parents are not able to work.”

Clearly, worker absences place a strain on operations, especially as promo firms continue to grapple with challenges like supply chain disruption that have resulted in issues like inventory shortages, price rises and slower production/fulfillment times. “COVID absences compound the other issues we’re facing with supply chain, transit, and hiring and retention,” says Shuman. “If we’re missing just one person, it has an enormous effect.”

Nonetheless, the omicron outbreak may have come at a “fortunate” time for promo from a purely business perspective – in as much as such a thing can ever be termed fortunate.

Suppliers that include Top 40 firms like Issaquah, WA-based SanMar (asi/84863) and West Jordan, UT-headquartered SnugZ USA (asi/88060) told ASI Media that the omicron-driven increase in worker absences that they’re experiencing are occurring as market demand is more muted than at other times of the year.

“While we have a significant number of workers out on COVID leave, January is our slowest month of the year, and so even though we’re missing people who we would like to have, we’re still operating normally across our network,” says Jeremy Lott, a member of Counselor’s Power 50 and CEO/president of SanMar, the industry’s largest supplier. 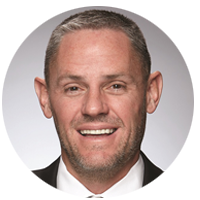 “Since our volumes aren’t at our peak, we’ve been able to stay on top of our workflow. We feel we can weather this storm for now.”Brandon Mackay, SnugZ USA

“Right now, since our volumes aren’t at our peak, we’ve been able to stay on top of our workflow,” Mackay explains. “We feel we can weather this storm for now.”

Of course, quality suppliers, decorators and distributors aren’t just hunkering down and hoping omicron will pass swiftly before demand elevates again. They say they’re being proactive, implementing strategies they’ve learned during the pandemic and adapting tactics to the current situation, enabling them to keep operations flowing as efficiently as possible in the wake of other challenges tied to supply chain and the like.

Overture, for instance, has outfitted all in-person workers with KN95 masks in an effort to check on-site spread and is also using more temporary labor to fill positions when full-timers are out. “We’ve been able to keep up with production,” says Gilley.

Since the start of COVID, Hit has focused on employee redundancy – employees learning multiple jobs. That allows workers to take on different roles if a colleague is absent, which helps power productivity.

“We develop our workforce to not only fill in, but also promote to new positions, increasing Hit’s efficiency and effectiveness for on-time order completion,” Hare says. “Hit has navigated [omicron issues] with little impact to customers.”

With the goal of preserving employee health and well-being, Hit has also undertaken a number of steps to minimize viral spread among staff, enabling more employees to stay healthy and on the job. This includes dedicating a team of professionals to monitor COVID developments to establish best practices for how to deal with emerging virus-related issues, partnering with the local health department on vaccination drives for employees, and conducting contact tracing, among other initiatives. 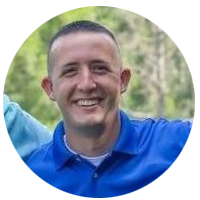 “Our COVID response team continues to navigate our response methods based upon guidance and scientific facts to keep each member of Hit working, healthy and safe.”Matt Hare, Hit Promotional Products

“When community risk is elevated, we’re ahead of the curve, and protocols and precautions are in place prior to a variant of concern making its way into our operations,” Hare asserts. “Our COVID response team continues to navigate our response methods based upon guidance and scientific facts to keep each member of Hit working, healthy and safe.”

Norris says the “outward-facing impacts” customers have experienced as a result of the omicron absences at Starline have been “relatively low.”

“Starline had a strong fourth quarter in which we hired dozens of extra staff,” Norris notes. “We kept many of those staff members on board through January in anticipation of an unpleasant omicron situation.”

Furthermore, Starline has doubled down on testing to identify potential cases among staff early and thereby minimize contagion spread at the business. “We have also relied heavily on our cross-training program,” says Norris. “When we have significant outages in an area, we quickly reshuffle our workplace to fill in those gaps.”

Shuman, of Rockland Embroidery, says employees who are able to work have been banding together and stepping up to ensure minimal impacts to customers.

“We continuously have folks picking up the slack in areas that they may not be accustomed to working,” says Shuman. “Many are working long hours, including weekends. We also continue to follow recommended health and safety protocols to keep that portion of the challenge in check as much as possible. Thus far, in the big picture, we’ve been relatively fortunate.”

Rockland Embroidery also uses aerosolized spray units to dispense an eco-friendly disinfectant. Says Shuman: “We continue to use this daily as a preventative measure toward keeping a healthy environment.”

Factors like local case levels and when omicron began in an area can impact how long a particular promo firm may contend with elevated employee absences as a result of the variant. Many expect that weeks of challenges remain – a prognostication in line with the view of some medical experts given that case counts, on a national level, are accelerating.

For a week-long timeframe ending Monday, Jan. 17, the United States was reporting an average of nearly 800,000 COVID cases per day, more than three times the previous record, which was reached in winter 2021.

Still, there were some signs of hope. Places where omicron first struck in the U.S. have started to see a decline in case counts.

In New York, for instance, the seven-day average of daily new cases has been falling since roaring to a record high of 85,000 per day on Jan. 9, according to data from Johns Hopkins University.

31%
The rate at which daily COVID case counts have declined over the past week in New York City.

Cases in the Empire State doubled during seven-day periods in late December and early January but have declined rapidly from last week to an average of 51,500 per day. Over the past week in New York City, average daily cases have fallen by 31%. Places like Boston, Washington, D.C. and Maryland are also reporting declines in daily positive tests.

Even so, public health experts warn that the nation can expect some rough days ahead, as areas of the country where omicron reared later have yet to hit their viral peak and as hospitals everywhere continue to see an influx of COVID-sick patients.

“We shouldn’t expect a national peak in the next coming days – the next few weeks will be tough,” U.S. Surgeon General Vivek H. Murthy said in a Sunday, Jan. 16 interview. While declines in case counts in some areas are encouraging, “the challenge is that the entire country is not moving at the same pace. The omicron wave started later in other parts of the country.”

Based on the assessments of such public health figures and their own analysis of what’s happening in their communities and businesses, promo executives ASI Media spoke with are expecting roughly another month or so of disruption to labor levels due to omicron.

“We hope this current wave will pass in the next three or four weeks,” Mackay says. 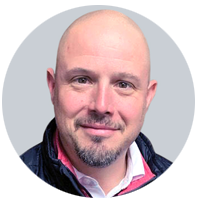 “I’d like to believe that the current spike will begin to retreat to some level of normalcy in the next month.”Andy Shuman, Rockland Embroidery.

Gilley says the impacts at Overture are already showing signs of easing. “It’s slowing down, but I would still expect another three or four weeks of issues,” she predicts.

It’s a bit of a different story at Hit, where analysis of community totals and infection risks indicate that the seven-day average of COVID cases will continue to increase for a time. “It has not started the downward trend,” says Hare. “We anticipate to continue to respond to omicron-driven absences for another three to four weeks, potentially.”

Shuman thinks Rockland is currently experiencing the worst of omicron’s effects. He expects the challenges to start to recede by mid-February. “I’d like to believe,” he says, “that the current spike will begin to retreat to some level of normalcy in the next month.”

Norris believes the worst of omicron may soon be past for Starline.

“Western New York runs nearly seven-to-10 days behind New York City in terms of COVID trends,” Norris explains. “Since NYC has begun to trend down, we expect that we’re in the peak of omicron right now. Hopefully, after another week, we’ll have seen the worst of this in our region.”