When it comes to supply chain disruption and the promotional products industry in 2022, it’s a case of “Groundhog Day” all over again.

So says Pierre Montaubin, senior vice president for product management and sourcing at Clearwater, FL-based Top 40 supplier Koozie Group (asi/40480). Montaubin was referring to the famous movie where Bill Murray plays a weatherman who keeps waking up to the same day, Groundhog Day, in a seemingly endless loop. 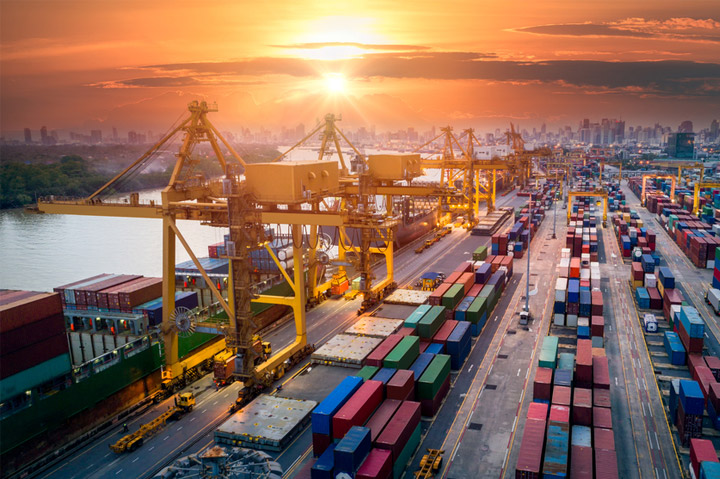 The predicament mirrors promo’s positioning when it comes to supply chain challenges: Many of the disruptive factors that plagued the industry in 2021 remain in play in 2022 and, despite marginal improvements here and there, aren’t likely to abate anytime soon, say Montaubin and other supply chain leaders in the promo products space.

“Even though there have been some signs of relief, we believe these supply chain issues will last well into 2022 and maybe into the early months of 2023,” Montaubin says. “Right now, there are no signs of things improving quickly on either side of the ocean.”

Those issues include port congestion domestically and overseas that has contributed to delays in inventory replenishment in promo. They entail labor shortages here and abroad that have slowed down production and delivery times, and impacted customer service. They include rising costs for overseas shipping and domestic transportation of products.

While shipping container prices have come down from historic highs seen in 2021, they remain exponentially elevated over pre-COVID-era levels.

Such soaring costs, combined with other inflationary pressures and the dollar’s devaluation against China’s yuan, led to widespread price increases on promo products in 2021 and are driving further hikes in 2022.

Relatedly, the containers are still more difficult to secure than before the pandemic – a dynamic that figures to be a thorn in the sides of importers, despite some improvements in recent weeks.

When it comes to supply chain problems, “we don’t anticipate any significant improvement in the first six months of the year,” says Teresa Fang, vice president of supply chain at Trevose, PA-based alphabroder (asi/34063), promo’s second largest supplier by revenue. “We’re looking toward the back half of the year for things to start to normalize.”

Supply chain executives are also keeping a concerned eye on potential fallout from China’s Lunar New Year, an annual festival that celebrates the beginning of the new year on the traditional lunisolar Chinese calendar.

During this period, which officially begins February 1 this year, factories in China shut down and workers typically travel home to visit with family. The majority of promo products sold in North America are manufactured in China.

The temporary mass migration has some in promo concerned, given the realities of the COVID age and the highly transmissible nature of the virus’ omicron variant.

“With many people traveling for the Chinese New Year, an uptick in cases across China may follow, similar to what we’re now experiencing in the U.S.,” says Montaubin. “If that happens and the Chinese government sticks to its strict COVID policies, we may see additional closures at ports and production facilities following the holiday break.”

Such closures could make it more difficult for North American promo importers to get product produced and shipped expediently, potentially resulting in greater gaps in stock. They also could fuel higher production costs, which can ultimately make their way to end-clients in the form of further increased prices on promo products.

The strict COVID policies Montaubin is referring to involve the Chinese government rapidly instituting swift lockdowns of large population centers if even just a small number of cases of coronavirus are confirmed in an area. Such policies recently caused disruption at the important port of Ningbo, and mass testing is reportedly slowing down operations at other key export centers in Shenzhen and Tianjin.

“China’s zero tolerance policy with COVID could potentially impact post-Chinese New Year if cases rise,” says Fang. “Also, there may be more labor issues, as many people have now not been back home for a couple of years so some workers might go home and not come back to work,” thereby intensifying worker shortages that can impact manufacturers’ ability to produce at accustomed scale and efficiency levels.

“The new challenge will be trying to keep price increases in check after Chinese New Year, when normally China has its labor increases,” says Gnesin, a member of Counselor’s Power 50 list of promo’s most influential people and CEO of Tustin, CA-based Top 40 supplier Logomark (asi/67866). “Factories are full (with orders) and that demand will affect product delivered in the second half of the year.”

Still, it’s not all grim news on Lunar New Year.

In advance of the new year, U.S.-based importers in promo and other industries typically bulk up on imports from China to ensure they have adequate stock stateside, given that factories will be temporarily shuttered and China’s export infrastructure paused.

Suppliers ASI Media spoke with say that they have bolstered inventory levels and are working to get even more stock on the water and headed to North America before the Lunar New Year begins.

“We’re working with our suppliers in China to schedule as many containers as possible ahead of the Chinese New Year,” says Maribeth Sanford, CEO of Union, IL-based Top 40 supplier Bag Makers (asi/37940). 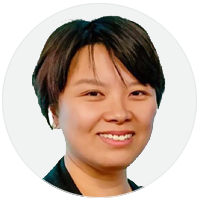 “Like many of our peers, HPG has worked closely with our suppliers to get production started as early as possible in the midst of COVID shutdowns and production reduction in China,” adds Jing Rong, vice president of supply chain and compliance at Braintree, MA-headquartered Top 40 firm HPG (asi/61966). “We’ve been trying to get our key merchandise on a boat before many factories in Asia start to shut down around January 20 for Lunar New Year.”

Some supply chain experts also point out that the temporary pause on goods flowing out of China that comes with Lunar New Year could give domestic ports and trucking/rail transportation providers a chance to clear, or at least reduce, backlogs at ports.

These logjams involve cargo stacking up on docks and ships (at times well over 100 but less now) that are idling offshore at key ports like Los Angeles and Long Beach, waiting to unload goods. A clearing, or lightening of the jams, could help with speedier inventory replenishment across industries, analysts note.

Nonetheless, some supply line experts are skeptical that a drawdown of cargo at U.S. ports during Lunar New Year will lead to lasting port congestion relief.

“U.S. import levels will remain elevated into February as importers rush to ship merchandise before the factory closures in Asia and then probably push even higher in the second quarter of 2022 as companies here seek to replenish depleted inventory,” says Rong. “That means U.S. ports will only have a few weeks in February during the Lunar New Year slowdown to reduce cargo that is backed up on their docks before a new wave of incoming shipments” from what could prove to be an earlier-than-normal peak shipping season.

As such, port congestion and related domestic transport capacity issues are likely to persist in 2022, resulting in more headaches for promo.

“The promo industry will likely continue to experience inventory issues this year,” says Rong. “Companies have to ‘guess’ what the best-selling products will be and place purchase orders back six to seven months earlier, but a change in customer taste or trend could cause the wrong products to be in stock. The ability for importers to adjust quickly to customer change are much slower compared to before.”

Promo suppliers aren’t taking the challenges lying down. As executives told ASI Media, they’re continuing to be nimble, adapting to the issues in an effort to ensure inventory levels are as strong as possible and that products are as affordably priced as can be in the wake of the heavy inflationary pressures.

One key tactic is shipping more product earlier in advance of what would be normal given time frames which it’s anticipated to be needed.

“We have aggressively pulled forward inventory, with a focus on best sellers,” says alphabroder’s Fang. 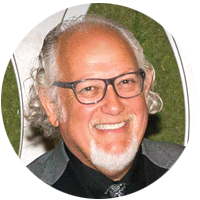 “We’re utilizing all our available capacity and U.S. port calls to get our goods to our domestic facilities, and then off to our customers,” notes Koozie Group’s Montaubin. “We’re focused on building partnerships with top-notch freight companies and leveraging the proper tools to monitor our shipments. Communication with factories is also very important and having boots on the ground in Asia like we do at Koozie Group is a definite plus”

Suppliers will have to engage in open, up-to-date communication with distributors about inventory and pricing too, something executives say firms are trying to do. “Focus on your key products and work with your customers to be flexible on what they order,” says Rong.

How can distributors and suppliers collectively survive another year of anticipated supply chain disruption? Answers Fang: “A lot of patience and flexibility.”